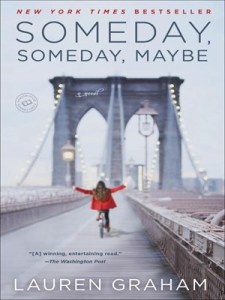 THIS WAS A GOOD STORY ABOUT AN ASPIRING ACTRESS TRYING TO MAKE IT BIG IN NEW YORK CITY.   Franny does have a few gigs and does a lot of “thinking out loud” in the book – like what are they looking for? why are they laughing – am I doing something right or wrong?  She passes over an agent who seems rather slip-shod and goes for the agent who is smooth and tailored but when offered a spot in a sci-fi thriller where she has a nudity scene, she starts to rethink her choices and ends up with Mr. Slip-Shod who gives her her best chance.  I think the book was drawn out with all the “thinking out loud” and I did not like how the book ended but some people like to create their own ending.  I felt like I was left hanging…

HERE IS THE LIBRARY SYNOPSIS:

From Lauren Graham, the beloved star of Gilmore Girls and Parenthood, comes a witty, charming, and hilariously relatable debut novel about a struggling young actress trying to get ahead―and keep it together―in New York City.

It’s January 1995, and Franny Banks has just six months left of the three-year deadline she set for herself when she came to New York, dreaming of Broadway and doing “important” work. But all she has to show for her efforts so far is a part in an ad for ugly Christmas sweaters, and a gig waiting tables at a comedy club. Her roommates―her best friend Jane, and Dan, an aspiring sci-fi writer―are supportive, yet Franny knows a two-person fan club doesn’t exactly count as success. Everyone tells her she needs a backup plan, and though she can almost picture moving back home and settling down with her perfectly nice ex-boyfriend, she’s not ready to give up on her goal of having a career like her idols Diane Keaton and Meryl Streep. Not just yet. But while she dreams of filling their shoes, in the meantime, she’d happily settle for a speaking part in almost anything–and finding a hair product combination that works.

Everything is riding on the upcoming showcase for her acting class, where she’ll finally have a chance to perform for people who could actually hire her. And she can’t let herself be distracted by James Franklin, a notorious flirt and the most successful actor in her class, even though he’s suddenly started paying attention. Meanwhile, her bank account is rapidly dwindling, her father wants her to come home, and her agent doesn’t return her calls. But for some reason, she keeps believing that she just might get what she came for.

Someday, Someday, Maybe is a story about hopes and dreams, being young in a city, and wanting something deeply, madly, desperately. It’s about finding love, finding yourself, and perhaps most difficult of all in New York City, finding an acting job. 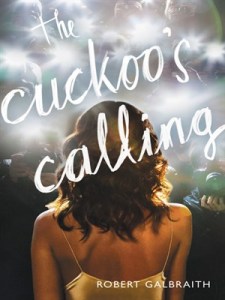 LOTS OF PLOT TWISTS AND TURNS BUT THE END WILL TRULY SURPRISE YOU! 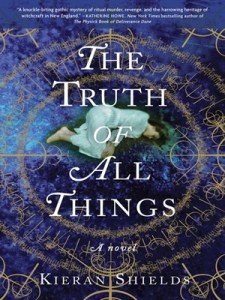 A truly clever book about a modern day witch hunt!

Two hundred years after the Salem witch trials, in the summer of 1892, a grisly new witch hunt is beginning….
When newly appointed Deputy Marshal Archie Lean is called in to investigate a prostitute’s murder in Portland, Maine, he’s surprised to find the body laid out like a pentagram and pinned to the earth with a pitchfork. He’s even more surprised to learn that this death by “sticking” is a traditional method of killing a witch.
Baffled by the ritualized murder scene, Lean secretly enlists the help of historian Helen Prescott and brilliant criminalist Perceval Grey. Distrusted by officials because of his mixed Abenaki Indian ancestry, Grey is even more notorious for combining modern investigative techniques with an almost eerie perceptiveness. Although skeptical of each other’s methods, together the detectives pursue the killer’s trail through postmortems and opium dens, into the spiritualist societies and lunatic asylums of gothic New England.
Before the killer closes in on his final victim, Lean and Grey must decipher the secret pattern to these murders–a pattern hidden within the dark history of the Salem witch trials. 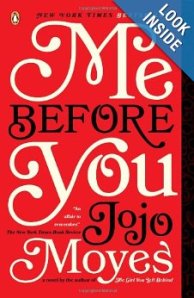 HERE IS A LINK SO YOU CAN VIEW THE WINNERS IN ALL CATEGORIES!

NICE TO SEE I’VE ALREADY READ A FEW AND HAVE SEVERAL ON MY WISH LIST AT THE LIBRARY! 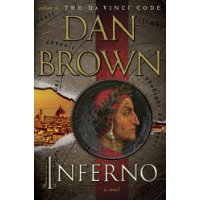